EDWARD FITZGERALD "GERALD" BRENAN was a British writer and Hispanist who spent much of his life in Spain.  He is best known for “THE SPANISH LABYRINTH”, a historical work on the background to the Spanish Civil War, and for “SOUTH FROM GRANADA” : Seven Years in an Andalusian Village.

Born on 7th April 1894 in Malta while his father was serving there in the British Army, BRENAN was educated at Radley, a boarding school in England.  He had a loose collective of friends and relatives closely associated with the University of Cambridge for the men and King's College London for the women, and they lived, worked or studied together near Bloomsbury, London. They were known as the BLOOMSBURY SET and included writer Virginia Woolf.  Their works and outlook deeply influenced literature, aesthetics, criticism, and economics as well as modern attitudes towards feminism, pacifism, and sexuality.

In 1919 he moved to Spain, and from 1920 he rented a house in the small village of YEGEN, in LAS ALPUJARRAS where he spent his time catching up on the education which he felt he had missed by not attending university, and in writing.  In the late 1920s he formed a relationship with his maid, Juliana Martin Pelegrina, which in 1931 resulted in the birth of a daughter.

Despite the remoteness of his new home, contacts with the Bloomsbury Group continued, particularly with his best friend Ralph Partridge and Partridge's first wife Dora Carrington, with whom Brenan had an affair.   In 1930, he met the American poet and novelist Gamel Woolsey in Dorset; they married in Rome in 1931. They lived in Churriana, a village near Málaga, during the early part of the Spanish Civil War.

He was permitted to return to Spain in 1953 despite holding views which were critical of Franco’s regime. He spent most of the remainder of his life in Alhaurin el Grande, Malaga.  In 1984 Brenan was moved in controversial circumstances to a nursing home in Pinner, Middlesex, UK but he returned to Spain after the authorities there made special arrangements to provide him with the nursing care on which he depended.  He died in 1987 and his body was donated to the Medicine Faculty of Málaga for medical research and later cremated; his ashes are buried in the ENGLISH CEMETERY, MALAGA. 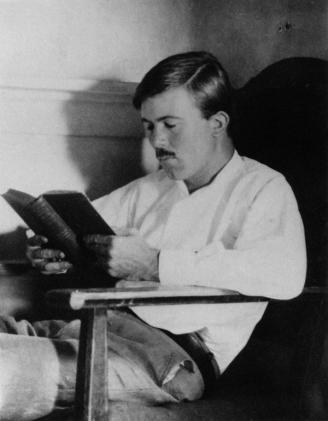 In May 1968 ERNEST HEMINGWAY arrived in Algeciras by ship on his fourth trip to Spain. Since 1939 he had only been on brief stopovers or to attend bullfights.  He had promised not to set foot on Spanish soil for as long as some of his friends were in FRANCOIST prisons.

Having fought for the Spanish republican faction in the Lincoln Brigade and the XII Brigade, HEMINGWAY became a war correspondent for the North American Newspaper Alliance.  The SPANISH CIVIL WAR had a tremendous impact on him, which turned him into a committed reporter, witness of the violence and complexity of the conflict.

His stay in Spain ended in September that year, after a GOYESCA Bullfight.  He had come to be with his friend, ANTONIO ORDONEZ, the son of “el Niño de la Palma”, and to fight the bulls from behind the covert.

During that last summer in Ronda, Hemingway stayed in “LA CONSULA”, a rural estate near Malaga owned at the time by American Bill Davis.

The hot days passed between words, reflections and coffees with high society. Friends like the bullfighters Antonio Ordóñez and Dominguín accompanied him in the leisure part. Together they practiced clay pigeon shooting and other activities. Another of the Nobel laureate's recreational companions was GERALD BRENAN.  In his autobiography 'A LIFE OF HIS OWN, PERSONAL MEMORY”, Brenan recounts several encounters with Hemingway, both in the Cónsula and in the house of the latter, who lived in Churriana after having moved from Alhaurín el Grande.

Hemingway celebrated his sixtieth birthday at the Cónsula, giving a great party with fireworks and shooting ranges for the guests. Hemingway lived his life on a razor edge and at the age of 61, he had already lived plenty and drunk even more.

The connection between the NOBEL PRIZE in Literature and the Churriana mansion came in the twilight of his life.  The author undertook his journey to make one of many bullfighting chronicles in the summer of 1959, an article that ended up becoming his novel 'THE DANGEROUS SUMMER '. Two years later, he committed suicide.

He published seven novels, six short-story collections, and two nonfiction works. In 1954 he was awarded the Nobel Prize for Literature.  Great works by HEMINGWAY, concerning the SPANISH CIVIL WAR and bullfighting are “DEATH IN THE AFTERNOON”, “FOR WHOM THE BELL TOLLS” and posthumously “THE DANGEROUS SUMMER”. 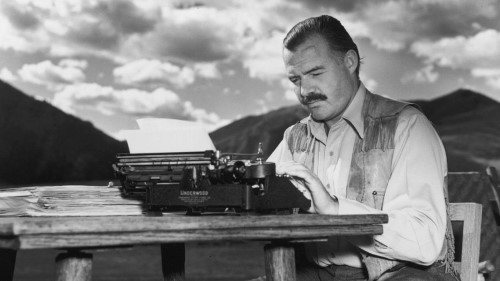 ORSON WELLES arrived in SEVILLE at the age of 17 and fell in love with the city, the romance and the bulls.  He was asked by HEMINGWAY to narrate the classic film in support of the Spanish Republic : THE SPANISH EARTH”. Orson was chosen to narrate the film because he had become the voice of his times – WAR OF THE WORLDS, FINDUS PEAS and the creative genius of CITIZEN KANE.

In the mid-1950s, Welles began work on DON QUIXOTE, an enormous project that would span decades and his love affair with Spain had begun.

In 1961 he got distracted and directed "IN THE LAND OF DON QUIXOTE", although sharing a similar title it did little to move his project on, instead engaging him in an 8 part series for Italian television in which Welles and his family presented different travel stories through Spain. In 1969 the lead character for his Quixote film died. And in the same year, Welles decided to rewrite the end, after he had filmed Quixote and Sancho Panza going to the moon. Once it had actually been achieved in real life, his version appeared redundant. So he filmed another ending.  Don Quixote was never completely finished, even on Welles' death it was no more than a collection of edits.

Towards the end of his life, permanently broad-hatted and with a cigar clenched between his beardy-lips, Welles spent more and more time in Spain, pursuing his passion for food, drink and life as well as his fascination for la corrida.

On October 10, 1985 George Orson Welles died from a heart attack. His body was cremated and two years later, the remains of both Welles and his wife Paola Mori were dropped down a well on a small finca on the outskirts of Ronda - a patch of earth owned by an old bullfighting friend – ANTONIO ORDONEZ. 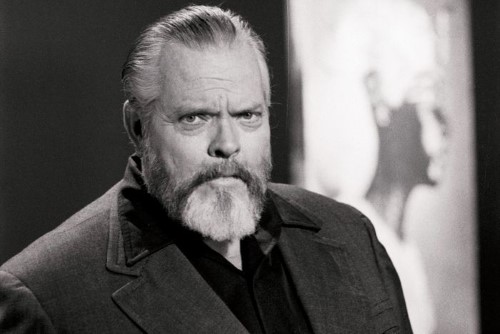 FEDERICO GARCIA LORCA was born on June 5th 1898 in the small town of FUENTE VAQUEROS, in the western part of the Vega de Granada. His family home is one of the most visted spots in the world. The village grew up around a fountain and used to be part of Solo de Romo, a Royal game preserve that the Cortes de Cadiz presented to the Duke of Wellington in perpetutity in recognition of his sevices during the War of Independence. Lorca wrote ‘I had my first dream of remoteness in this village’

GARCIA LORCA was a playwright, theatre director and one of the most brilliants poets in the history of Spain. He studied law, literature and composition at the Sacred Heart University and throughout his adolescence he felt a deeper affinity for the theatre and music, than literature, training fully as a classical pianist.  GARCIA LORCA achieved international recognition as an emblematic member of the Generation of '27, a group consisting of mostly poets who introduced the tenets of European movements (such as symbolism, futurism and surrealism) into Spanish literature.

GARCIA LORCA left Madrid for his family home in Granada only three days before the Spanish Civil War broke out in July 1936. On 18th August, his brother-in-law Manuel Ferandez-Montesinos, the leftist mayor of Granada, was shot. Lorca was arrested that same afternoon.

The circumstances surrounding García Lorca’s death and the whereabouts of his remains continue to be one of the great mysteries of Spain’s recent history.

Documents released in 2015 relate to an inquiry into his death by French author Marcelle Auclair in the 1960s. Her request for information bounced between several government ministers, as they debated whether to respond. Granada police were then asked to write the report, some 29 years after the death of García Lorca.

Lorca was arrested and killed on the orders of right-wing military authorities in Granada, according to newly released documents that shed light on the death of one of the highest-profile victims of the Spanish civil war.  The documents, written in 1965 at the Granada police headquarters are the first ever admission by Franco-era officials of their involvement in the death in 1936.

The resulting documents suggest García Lorca was persecuted for his beliefs, describing him as a “socialist and a freemason,” about whom rumours swirled of “homosexual and abnormal practices”. After police carried out two searches on his home in Granada, he fled to a friend’s house out of fear.

In August 1936, just one month after the civil war broke out; officers surrounded the house where García Lorca was hiding, while his friends tried to intervene on his behalf. He was arrested and taken by car to an area close to the place known as Fuente Grande, along with one other detainee, said the documents. He was then “executed immediately after having confessed, and was buried in that location, in a very shallow grave, in a ravine”. No details were given as to the content of his confession.

Since 2009, several high-profile attempts have been made to locate the grave where García Lorca is thought to lie. So far archaeologists have had little success.

The documents are a marked departure from the public stance taken by authorities under Franco towards García Lorca’s death. General Franco once said the allegations of his regime’s involvement in the poet’s death were being used as propaganda. “The writer died while mixing with the rebels, these are natural accidents of war,” said Franco. 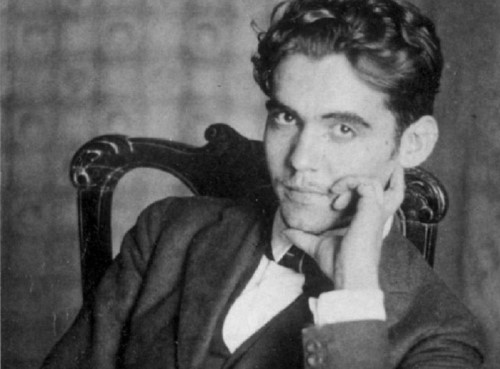