As you drive around Spain the Osborne Bull is the black silhouette of a bull that stands on hilltops and along the roadside in a great many parts of Spain. The Osborne group began in 1772, and with more than 200 years of experience it is considered one of the oldest businesses in the world that still remains active today, and is the second oldest in Spain.

It was founded by Thomas Osborne Mann, an English shopkeeper from Exeter who settled in Cadíz. In the Puerto de Santa María he struck up friendships with other winery owners who originated from Britain and married the daughter of one of the managers of “Duffy Gordon”, with whom he had five children, the first Osbornes.

Two of his sons, Tomás and Juan Nicolás, inherited the business. The former took charge as soon as he was old enough; the latter followed a diplomatic career, and was named Count Osborne. Since Juan Nicolás had no heir, both his title and share of the business were inherited by his nephew, Tomás´ son who continued to run the business with great success.

In 1956 the advertising agent Azor, as instructed by the company, designed the first publicity campaign, the silhouette of a bull, made of wood and 4 metres high. These bulls were erected a year later in 1957.

It began as an advertisement in 1956 set out to promote Veterano Brandy from Jerez made by the Osborne Group. Painter and artist, Manolo Prieto, was hired to launch this advertising campaign and thus a legend began. 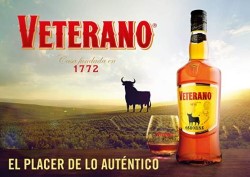 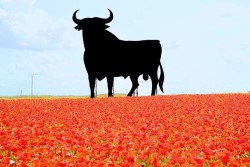 In the beginning the first signs were made of wood and were only four meters high with white horns and a sign with the name of the drink. They were not resistant to the weather so they were replaced by plates of sheet steel and the size increased to 7 m high. In 1962 it was stated that signs along the road could be increased to 14 meters and over time they have become a symbol of Spanish culture.

But that was not the end of the story; in September 1994 the Spanish roads decree required that all Osborne bulls had to be removed. Many municipalities, cultural organizations, artists, politicians and journalists, however spoke out for retaining the signs. Only three years later, in December 1997, the Spanish Supreme Court called for the signs to be retained on the basis of "aesthetic or cultural significance".

Today the Osborne bull represents much more than just promoting a brandy. He is symbolic of Spain and has served as advertising, as an illustration in The New York Times in an article about the death of Franco and a source of inspiration for poets, writers, painters, photographers and filmmakers.

Currently, only 91 bulls remain, distributed irregularly throughout Spain. There are 10 remaianing in Cadiz province and Seville provinces in Andalusia. There are now only two signs in Spain with the word "Osborne" still written on them. One is at the Jerez de la Frontera airport in the province of Cadiz, and the other is in the nearby town of El Puerto de Santa María, where the Osborne headquarters is found. 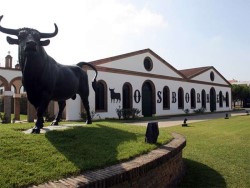 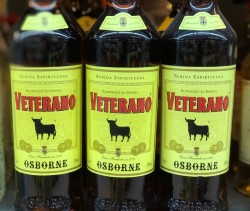 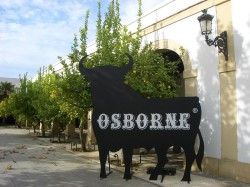