AL-ANDALUS, also known as the Moorish Iberia or Islamic Iberia, was a medieval Muslim state occupying at its peak most of what are today Spain, Portugal, Andorra and part of southern France. Following the Muslim conquest of Hispania, Al-Andalus was divided into five administrative units, corresponding roughly to modern Andalusia, Galicia and Portugal, Castille and León, Aragon and Catalonia, and Septimania. 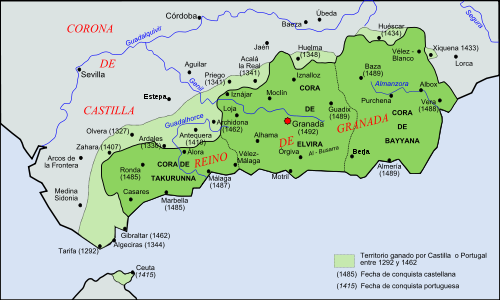 Under the Caliphate of Córdoba, Al-Andalus was a beacon of learning, and the city of Córdoba became one of the leading cultural and economic centres in both the Mediterranean Basin and the Islamic world.

For much of its history, Al-Andalus existed in conflict with Christian kingdoms to the north, who ultimately overpowered their Muslim neighbors after centuries. In 1085, Alfonso VI of León and Castile captured Toledo, starting a gradual Muslim decline until, with the fall of Córdoba in 1236; the Emirate of Granada was the only Muslim territory in what is now Spain.

In 1238 the Emirate of Granada offically became a tributary state to the Kingdom of Castille. Finally on January 2, 1492, the Emirate of Granada was surrendered to Queen Isabella I and King Ferdinand II and this ended Al- Andalus as a political entity, though aspects of Islamic culture are still evident in the region. 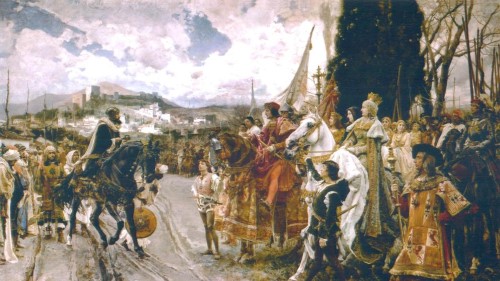