Sherry the essence of Spanish culture 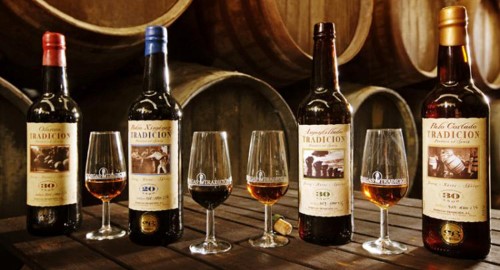 SHERRY is one of the oldest wines in the world and the result of the influence of many different cultures that have left their mark in southern Spain for over 3,000 years. Sherry is unique; it is traditional, refined and relaxing and the essence of Spanish culture.

The very first mention of Sherry wine comes from the Greek geographer Strabo in the 1st Century BC. ... From Xera, the name given by the Phoenicians to the region where Jerez stands today, this nation of traders produced wines which were then exported throughout the whole Mediterranean Basin. Today the name 'Sherry' is exclusively reserved to fortified wines produced between Jerez de la Frontera, Sanlúcar de Barrameda, and El Puerto de Santa María, in the Cádiz province.

This area, also known as the Jerez production region, is on the Atlantic Ocean flanked by the Guadalquivir and Guadalete rivers within a beautiful landscape of white rolling hills.  Each town is distinct and worth a visit, from historic Jerez with its famous dancing horses of the Real Escuela Andaluza del Arte Ecuestre to the sleepy seaside port of El Puerto de Santa Maria to ancient Sanlucar fronting the Atlantic Ocean.

Sherry (also known as Jerez or Xérès) is fortified wine, which means that alcohol is added to the wine in a second stage of production. Three grape varieties are used in sherry production: Palomino, Pedro Ximénez and Moscatel with Palomino being the dominant variety in the Jerez region.

Sherry is aged in what’s known as the solera, an unusual method of aging wine where rows of barrels are stacked atop each other, the youngest (criadera) on top and the oldest (solera) on the bottom. As the sherry from the bottom is removed for bottling, the wine stored on top is moved down to the next layer, eventually making its way to the bottom. Sherries are aged for a minimum of three years, sometimes much longer. 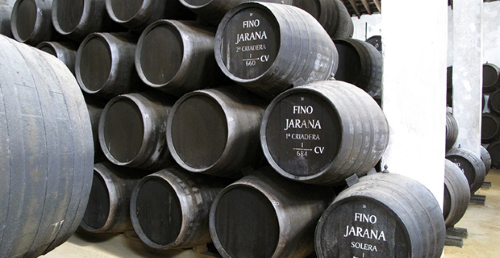 Fino is the driest and palest of the traditional varieties of Sherry made from Palomino grapes.

Manzanilla is an especially light variety of Fino Sherry produced exclusively in the bodegas of Sanlúcar de Barrameda.

Amontillado is a variety of Sherry that is first aged under flor and then exposed to oxygen, producing a sherry that is darker than a Fino but lighter than an Oloroso.

Oloroso is a variety of sherry made from Palomino grapes aged oxidatively for a longer time than a Fino or Amontillado, producing a darker and richer wine.

There are recommended temperatures for each type of sherry, but keeping it chilled to a temperature of your liking is always the best and easiest option. Fino and Manzanilla are best served very cold, around 8 °C (46 °F). Amontillado, Oloroso, and Pedro Ximénez are best slightly warmer, closer to 13 °C (55 °F).

Try a fresh glass of Fino or Manzanilla with olives, salted nuts, cured hams or cheeses, gazpacho or seafood. They are also perfect with fish and seafood. Amontillado goes well with chicken or other birds. Oloroso pairs best with pork, beef, lamb and other meat. 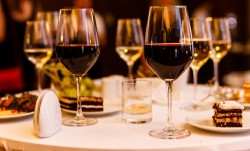