"A man does not belong to the place where he was born, but where he chooses to die” Orson Welles

The lifestyle in ANDALUCIA is slower and more relaxed; this is evident in the leisurely speed that which the locals walk and also in the general sense. It is rare to see someone rushing about frantically trying to reach their destination. The people in Andalucia are extremely friendly and known for their warmth and welcoming ways towards foreigners.

The lifestyle in Andalucía usually gets off to a late start, and doesn’t finish until late. It’s typical to see people enjoying a coffee and toast until late in the afternoon, or taking advantage of a long lunch break by taking a siesta, or nap, before heading back to work. This rest is definitely needed, as meeting a friend for dinner can turn out to be an all-night event!.

Living in Andalucia is breathing fresh air, having time for family and friends and choosing to enjoy life and adopting a much healthier laidback lifestyle! Spain tops the rankings of the healthiest country in the world. Whether it is the olive oil, the sun shine or the clean air there is no doubt that the south of Spain has a great climate year round. Hot summers with cool breezes invite trips to the beach or a spell under the shade of a nearby tree, warm falls, moderate winters and pleasant springs attract many to permanently reside in the area.

The sun shines for more than 325 days of the year, which spurs people to make the most of life on the streets. At any time of the day you will see family and friends enjoying a nice meal together, having an afternoon coffee with a pastry, or simply taking a walk while enjoying each other’s company. This joy permeates the streets of Andalucia, especially in summer, and that energy can be contagious. The typical singing and music of the streets in every corner of Andalucia is flamenco. Throughout the length and breadth of this land, one can be find “tablaos” for this style of singing and dancing that has become so much a part of the Spanish personality.

Flamenco music and dance originated in Andalusia, the genre has its influences in Jewish and Islamic music that was transformed by the gypsies of southern Spain. Flamenco features staccato tap dancing, rhythmic guitar strumming and passionate singing. Originally linked to vagabonds and the lower class, flamenco became the music of the masses. Rustic taverns and decorated caves have long been the preferred venues for flamenco, and visitors can still watch a live flamenco show in the numerous haunts around cities like Seville and Granada.

The winter is arguably the perfect time to take up some adventure sports or just be outside more often. Within 2 hours by car from the coast you can visit the beautiful SIERRA NEVADA SKI SLOPES from the end of November until the end of April. With more than 95 km of slopes along with cross-country skiing, snowboarding, hiking and even dog sledding, you can ski in the morning and swim in the beautiful Mediterranean in the afternoon. 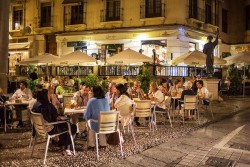 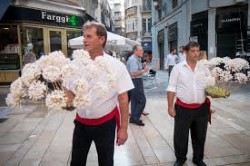 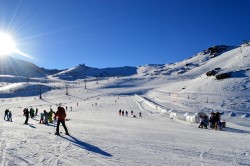 Known to be one of the best in the world; the MEDITERRANEAN DIET is something that defines regional cuisines in homes and restaurants across Andalucia. There is a guarantee throughout the area that any dish you select is going to satisfy your appetite and delight your senses. Every town has an indoor market and also a street market where you can purchase the best fresh fish, meat, vegetables and fruit. Natural and local products that make up the Mediterranean diet can be found on display in an enriching and relaxed market atmosphere. In the market, shoppers can not only purchase food, but also seek out the advice of the shopkeepers on how best to prepare the products they’ve bought.

Newcomers find plenty of neighbours, whether Spanish or foreign, who speak their language and help them settle in. If you do learn to speak Spanish you will inevitably get more out of life as you will be able to communicate with more people and take part in a wider range of activities, it is by no means a necessity. Many town halls have set special offices with staff who speak their language to help them with bureaucracy.

Should you move to Spain with school age children you will find the only schools using English as the teaching language are foreign and international private schools.  A number of multilingual international schools also teach pupils in the English and Spanish languages. If your children attend any other school, they must study all subjects in Spanish. The majority of children adapt quickly to a new language and most become reasonably fluent within three to six months.

Schools hours are normally from 9am to 2-3pm with some schools offering lunch although many children take a packed lunch or go home for lunch.  Most schools provide a subsidized or free bus service to take children to and from their homes in outlying regions. The academic year in Spain runs from mid-September to mid-June, with the main holidays at Christmas, Easter and the long summer break. Spanish schoolchildren have very long school holidays compared with those in many other countries. The school year is made up of three terms, each averaging around 11 weeks. 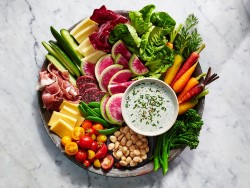 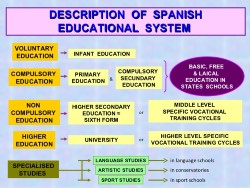 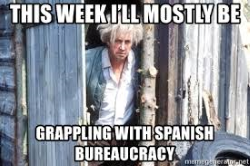 Andalucia hosts five UNESCO world heritage sites including Seville, Granada and Cordoba, as well as over 100 Andalusian municipalities that have been declared historic areas hosting thousands of protected monuments, archaeological sites and art works. Andalucía boasts many cultural towns and cities, just an hour or two away by car. If you live in the Málaga province, you are in the perfect distance from everything Andalucía has to offer. Take a day trip to Córdoba, a long-weekend in Seville, a road trip to Ronda or a lunch break in Mijas. Whether you are interested in the white famous pueblos or bigger and more cultural cities, Andalucía has numerous options and even Marbella has a stunning old town, perfect for a leisurely lunch.  The pace of life slows down in the winter and the roads are quieter. The sunrises and the sunsets during the winter months are breathtaking. Blasts of orange, pink and yellow glow in the sky as if alive, thanks to the crisp, clear air. Every day is a magical event.

A mere ferry ride away the charms of TANGIER will seduce you with its 20th century history of intrigue, espionage and art. Have a drink in Rick’s Café in Casablanca, designed to recreate the bar made famous by Humphrey Bogart and Ingrid Bergman in the movie classic "CASABLANCA". Further south it gets more exotic still, in the souks of MARRACKECH and the arid, Saharan valleys, but nowhere more so than in the astonishing medina of FES. There can't be anywhere else so close to Europe and yet so different from it.

The healthcare system is highly regarded, each year Spain is rancked high by the World Health Organization. There are many excellent and well-equipped public and private hospitals in each of Andalusia’s provinces, employing healthcare professionals that are efficient, well-trained and usually English-speaking.